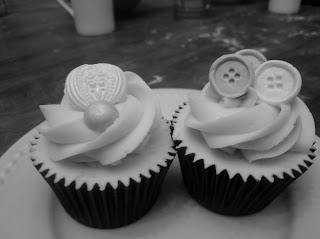 Cupcake, the word makes me smile.  Looking for something unique to do, I stumbled upon a website that offered a six hour cupcake decorating class in Brussels.  A lot can be accomplished in six hours: laundry, grocery shopping, house cleaning, errands, kid shuffling and more.  Why on earth would anyone in their right mind want to take a six hour cupcake class?  Well, in order to have a day off from the list above.  It also didn’t hurt that the class would take place in a beautiful kitchen in downtown Brussels and everyone leaves armed with a dozen decorated cupcakes.  After I rounded up a few ladies, we headed out with hopes of creating something beautiful and delicious.

Leading up to our departure, I was consumed with worry.  After I had invited the others to join me in this adventure, it dawned on me, what if something goes wrong?  We had all paid a pretty penny to take this course.  I wasn’t going on a recommendation, just a “Judy whim”.  Involving others turned my “whim” into “worry”.  Doubts started pouring into my mind.   The biggest one, what if these women signed up for a class that didn’t exist?  What if the cupcakes taste horrible?  What if we aren’t taught to duplicate the designs it showed on the website?  I was especially nervous for one friend.  This was her first time leaving her six-month old baby.  Her parents had come in town from Germany to help and her husband had taken the day off…ugh, the pressure!
After arriving in Brussels Central Station, we grabbed a cab and headed over to the neighborhood where the class would take place.  The address was chic.  Just around the corner from where we were spending the day I spotted a Tiffany’s and the sophisticated Conrad Hotel.  Even on a rainy Saturday morning the area glistened and sparkled. We were warmly greeted by Jeanette Arthur, cupcake entrepreneur extraordinaire.  Cupcakes are not what pay her bills, although they do seem to make her life sweeter.  Jeanette is an air traffic controller.  She juggles both jobs with ease and grace.  Her interest in cupcakes grew when she couldn’t find one she liked.  She had formal culinary classes in England and brought back a wealth of skills and knowledge to share with others.

Settling into Ms. Arthur’s spacious kitchen was easy, especially since she had coffee and tea brewing.  My tension started to ease. The kitchen was engulfed with light from the floor-to-ceiling windows that looked over her garden.  The space was clean, modern, and comfortable.  Each student was given their own work station, consisting of the tools and icing needed to embellish their cupcake tops.  Our first line of business was to work on decorations.  It was important we do this early, so the embellishments would dry before class ended.  As we kneaded our royal icing into various shades, the conversation started to flow.  All five ladies surrounding the table were mothers; between us, we had 11 girls and one token boy.  All of us savored stepping out of our ordinary routine and dabbling with our creative side.  Watching what was being created by five different individuals was amazing.  Slowly our lump of royal icing started to resemble roses, pansies, daisies, toadstools, cameos, and vintage buttons.  After three hours of coloring and molding, we briefly took a break to down a little wine along with our lunch.  As I pulled out my brown paper bag and started to devour my peanut butter and jelly sandwich, I couldn’t help but smile.  As a kid I would have dreamed of sitting around with friends eating peanut butter and jelly sandwiches while playing in frosting.  The red wine provided a nice bridge from childhood to the comforts of adulthood.  Growing up does have its benefits!

During the course of spending six hours with a small group, it was interesting to hear what transpired over sugar (and a little wine).  All of us were expats, all of us were mothers, and all of us were starry eyed when the word buttercream was uttered.  As we boarded the train back home, we each carried a pastry box filled with a dozen beautiful cupcakes and smiles tinged with sugar.
Posted by Judy Rae Merhar at 11:34 PM