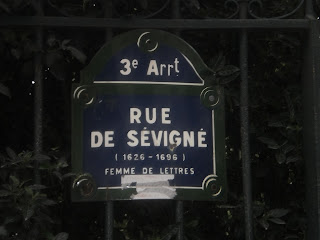 Finding a location in southern Belgium to learn French wasn't easy.  It took an ugly pair of shoes, a prison, and being late to find where I belonged.   Following are the misguided events that led me to the SHAPE Language School.

My first attempt to learn the language of love left me speechless.  A French friend invited me over to her Italian friend’s house for a French conversational class.  The small group consisted of four Italians, my French friend, and me.  As soon as my dull penny loafers were greeted at the door, I knew I was out of my league.  The Italian women who welcomed me were dressed to kill!  Their shoes were shiny, inches high, and scuff free.  Their hair was perfectly coiffed, and their clothes impeccably perfect.  Hesitating with self-doubt, I humbly walked through the doorway.  Before the official class began we were treated to delicious homemade pastries and espresso, the espresso only added to my already nervous jitters.  Moving on, we jumped into our limited French.  It didn’t take long before something unexpected happened.  When one of the Italian women didn’t know French, they reverted to Italian.  I became the quiet woman in the room, with ugly loafers.  Eventually I began to relax and enjoy the sounds of both lyrical languages. It truly was amazing hearing them float from one romantic tongue to another.   As I looked around I noticed three things: these lovely women knew a lot more French than me, I fit the stereotype “American that only knows one language”, and it was time to ditch my flat rubber soled shoes!  As much as I would have liked for this to have been my spot, I knew I would only hold these trilingual ladies back.  Arrivederci.

My second attempt had me going in circles, literally.  The language school was in a downtown location and parking was an issue.  By my fourth circle I noticed the dark prison attached to the school.  This observation along with the high enrollment fee were signs, keep driving.  Au revoir.

My third and final attempt took me to the SHAPE Language Centre.
Our French instructor Sandy looked more like a French rock star than a teacher.  She dazzled not only with her eloquent French accent, but with her equally jubilant personality.  Not unlike the Italian ladies, she too dressed to impress.  Her sparkly rhinestone belt was only outdone by the mischievous twinkle in her eyes. This woman exuded a prideful passion for her native language.  It didn’t take long for Sandy to get across there would be no language other than French spoken.  There were many nationalities represented around the table: Americans, Canadians, Italians, British, Germans, and Lithuanians.  It was a cultural cocktail in a class.

After stumbling through our introductions in a mosaic of broken French, we were divided into groups to practice one-on-one, uncomfortable and awkward, I can’t lie.  At the same time, it was reassuring that I was among others who were also determined to muck through the sloppy beginning stages of learning a new language.  I can honestly say it was Sandy’s positive demeanor and genuine smiles that enabled me to believe I had found the right place.  The French have a wonderful phrase, "sans soucis", which translates to “no worries”.  There are a multitude of challenges that come with settling into a new country. It was a relief to check one worry off my list.  Regardless of whether I choose to wear scruffy loafers or six inch heels, my feet found a suitable home in the SHAPE Language Centre…sans soucis!
Posted by Judy Rae Merhar at 3:45 AM