Cheers to the Unknown 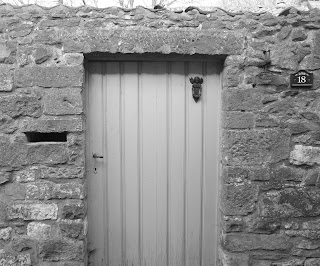 It’s been almost two years since our family moved to another continent.  My husband and I attempted to challenge conventional wisdom.  The wisdom that says, “You’re middle aged, your oats should be sewn, move on and proceed with caution”. There were two mind sets when word got out that we were uprooting our four school-aged girls to live in Belgium. It was pretty black and white.  Many believed we were crazy.  Who in their right mind picks up at this stage in life to seek an adventure…with four kids!  We also had supporters.  Several friends and family members expressed how happy they were for us to expose our girls to life outside of our own backyard, to take a leap.

The first year in Belgium was not a picnic.  For those that secretly hoped for our failure, you can rest assured, tears of frustration were shed. Could it have been the painstaking process of living out of a hotel room for the first 6 weeks with four kids?  Maybe it was the first water bill, a whopping $400. I can still see the landlord rolling his eyes, with his French accent saying, “Yes, Americans use a lot of water compared to us Belgians”.  As my mind continues to reflect back through the haze, literally haze, it rains almost daily, I’m reminded that my yearning to leave could have come the day I walked into our house and found a confused old man rummaging through our fridge.  He apparently had escaped the day prior from a retirement home for those with dementia.  After changing his catheter and neatly placing it into the trash, he then helped himself to an open can of Dr. Pepper.  If this wasn’t enough to send me running, we recently found ourselves in a divorce settlement (and no, not our own!).  It seems renters in Belgium are responsible for the debt settlement on property within a divorce.  We now pay a lawyer our rent, as opposed to our landlord.  So yes, for all of you quietly sitting back in the comfort of your suburban home thinking, “Let’s just watch this train wreck from across the ocean”, you’ll be happy to know, the train did crash.

A funny thing happened rolling into the second year.  I started to relax.  I laughed at myself for being so naive and ignorant.  I began to chuckle at the peculiar ways of this little country (really, we’re paying for a stranger's divorce settlement, nuts!).  My heart started to slow a few beats as I started to reflect on the challenges of everyday life in a foreign country. I began to remember how in my youth, I loved to be challenged.  When did this change, or had it?

I find the word challenge has recently been replaced with opportunities.  Opportunities to learn are at every corner.   If it weren’t for our astronomical water bill, I would not have realized how wonderful Belgians are with conserving water (and how wasteful I had been).  The high cost of a tank of gas was also an initial shock. Now that I’m paying $9 a gallon, I find myself learning once again.  Really, do I need to get in the car and drive just for something trivial like a bag of potato chips?  My family’s health has also improved since arriving.  My kids walk to school and my husband walks to work.  We walk everywhere! Another huge learning moment came from the lost man that found his way into our house.  When the Belgian police arrived, their first words were not of concern for our well-being, but “How lucky that you left your house unlocked, he would have died of dehydration.”   I chewed on that statement for a while, unsure whether I should be insulted by their lack of concern for our safety. Then my clouded visions began to clear, it’s so rare to hear of violent crimes in Belgium.  Petty crime yes, but anything other is almost unheard of. The officers that came to our house naturally assumed the old man was lost.  They saw no harm in the man coming into our unlocked house. He was cold, thirsty, and needed to change his catheter.  End of story.

We left the comforts of home hoping to show our daughters what exists beyond the back yard, but it turned out to be me that has much to learn.  Cheers to unlocked doors and uncertainties that lead to discovery...
Posted by Judy Rae Merhar at 1:26 AM