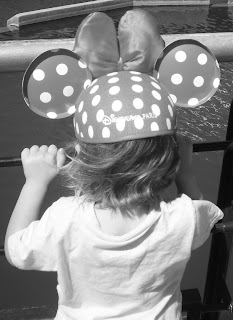 Remember when you could barely see over the counter and people asked, “What do you want to be when you grow up?”  In a recent issue of TIME Magazine, I discovered a company that makes it their business to see people’s creative ideas become a reality, Kickstarter.

Just like their name suggest, Kickstarter’s goal is to help kick start creative projects.  In order for a project to get off the ground it must fit their website's definition of a project, “A project is something with a clear end, like making an album, a film, or a new game.  A project will eventually be completed, and something will be produced as a result”.  Categories include: “Art, Comics, Dance, Design, Fashion, Film, Food, Games, Music, Photography, Publishing, Technology, and Theater”.  It’s also important to note that, as their website states; “Currently Kickstarter is only open to those with US or UK creditors over the age of 18” (they’re working on expanding). The idea is to allow viewers of their website to voluntarily back your creative dream through donations.  If 100% of the amount you’ve designated for your project is collected, then the funds will be deposited into your bank account for you to make your dream a reality.  If anything less than 100%, then the project is dismissed.  Nothing lost, nothing gained.

You may ask, what does the backer (or investor) have to gain supporting a project?  The answer is pretty simple.  It seems people feel good about taking an active role in someone else’s dream.  Individuals like to feel they’ve helped in the creative process. In addition, the creators of a project often have rewards for their backers.  The rewards are often as creative as the individual sharing their dream. For $15 I recently backed someone writing a memoir.  Because 100% of their funding goal was met, my reward will be a signed bookmark by the author with artwork from the book's cover.  Personally speaking, the bookmark is a bonus perk. The true reward comes from taking an active part and watching another individual's creative idea become reality.

If you have a dream you haven’t fulfilled do to lack of funding, you should look into Kickstarter.  They just might be the Super Hero cape you need for lift off. It’s free to register your idea, the only thing needed is your imagination~